Arizona bee pollen is one of the top-selling pollen varieties in many parts of the world, especially in the United States. For years, thousands of people have been using them and enjoying the many natural benefits that bee collected pollen can offer to human health. 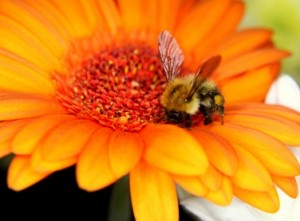 The best bee pollen is harvested from a pollution-free environment

There are a few different manufacturers that are currently using bee pollen from Arizona and they all differ in manufacturing procedures and in the quality of their finished products.

Most of these manufacturers do realize the importance of keeping the pollen as pure as possible, which is why they take tremendous precautionary measures to prevent contamination of the substance.

For example, they make sure that the harvesting regions are as far away as possible from industrial centers and densely populated residential areas.

Some companies are even said to prohibit the use of regular gas-powered vehicles around the harvesting compound as these can add to the air pollution, opting instead to use electric cars. They also keep their bee pollen in cold storage not only to prevent contamination but to preserve the potency of the substance as well.

However, despite the conscientious efforts to maintain the purity and potency of Arizona bee pollen, there are some factors that affect the air quality in the region that are just beyond their control.

For instance, there was a time when Arizona was considered to be one of the most ideal places to live for people recuperating from respiratory illnesses, due to the clean, fresh air in the region.

But for the past decade or so, the air quality in this state has been gradually dwindling as more carbon and nitrogen dioxide particles are making their way into the atmosphere due to the burning of fossil fuels and other sources like cars, power plants, and even leaf blowers and lawnmowers that run on gas.

In fact, it has gotten so bad that in 2005, Arizona’s Maricopa County received the lowest rating ever for air quality from the American Lung Association. Furthermore, it was reported in the same year that approximately 80% of Arizona residents were at risk of suffering from respiratory problems due to the poor air quality. (Source: phoenix.about.com)

Of course, Arizona bee pollen does go through stringent purification processes before being sold to the public but the fact is that no amount of purification can guarantee that all toxic contaminants will be eliminated. The only way that you can really ensure the safety of the bee pollen products you are consuming is if they had been harvested from an unpolluted area in the first place.

The local government is doing all it can to improve the air quality of the region and so far, their efforts seem to be having a positive effect. But in the meantime, it might be a good idea to get bee pollen from a cleaner source to ensure that you will be 100% safe and that you can get the maximum benefits that this natural health product can give.

New Zealand would be an ideal source because airborne contaminants are practically nonexistent in this country. In fact, one of the best bee pollen products in the world, Xtend-life Natural Energy, makes use of pollen harvested from the South Island in New Zealand. With this brand, you can enjoy vast benefits without putting your health in jeopardy.