Australian bee pollen is regarded as one of the best in the world today, second only to the one that comes from New Zealand. In fact, a lot of people mistakenly assume that the pollens from these two countries are exactly the same, simply because they come from the same general area. However, there are actually a couple of glaring differences that may come as a surprise to some people. 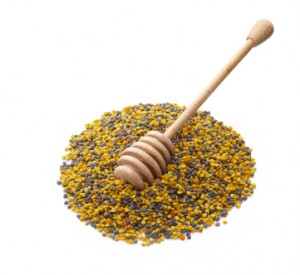 Before we review these differences, it is important to note that bee pollen is indeed a highly nutritious substance, unmatched by any other natural or artificial food supplement.

With its powerful cocktail of 16 vitamins and minerals for balanced health, 18 enzymes for better digestion and absorption, 22 amino acids for muscle growth and strength, and dozens of other nutrients for better overall health, it really is very difficult for any other substance to keep up.

As mentioned, New Zealand and Australian bee pollen are among the best in the world because these places are among the lowest in pollution.

But, it is in the area of pesticides that the differences between these two pollen-producing countries lie.

In December of 2004, New Zealand began the nationwide implementation of the Stockholm Convention[i], an international law whose objective is to ban the use of toxic chemicals that have been proven to be harmful to humans as well as plants and trees in the environment, including the bees and the flowers where they get the pollen.

The process began with the cleaning up the contaminated sites, eliminating all persistent organic pollutant agrichemicals stored all over the country, and enforcing a more efficient system for the disposal of chemical and industrial byproducts.

Today, these efforts have created a much better scenario for the various agricultural industries in New Zealand, including bee pollen farming.

Furthermore, in January of 2009, New Zealand also officially banned the pesticide endosulfan, following the example of European countries[ii]. In fact, more than 50 countries all over the world have already banned the use of this dangerous chemical, but the list does not yet include the United States and Australia.

To this day, Australia continues to use several types of pesticides that have already been deregulated in many other countries. In fact, 17 of these pesticides have been linked to radiation, while 48 others are said to trigger imbalances in humans and animals[iii].

It doesn’t take an expert to deduce that the presence of such chemicals in the atmosphere can also negatively affect the quality of Australian bee pollen and other natural substances harvested from this region.

In all other respects, there is an even playing field as both New Zealand and Australian bee pollen manufacturers do adhere to strict GMP regulations and spare no expense to ensuring the quality of their products. However, it is easy to see that when it comes to the purity and safety of the raw materials used, NZ bee pollen does have a clear edge.

One of the brands of bee pollen products that New Zealand can boast of is Xtend-life Natural Energy. Besides being pure, safe and potent, this supplement is also fortified with natural enzymes for even more health benefits. Hence, if you want speedy results, Natural Energy is the way to go.