There has been so much buzz about Japanese bee pollen. We are made to believe that pollen from Japan is one of the purest in the world, but that is not particularly true. Why? Read on to find out. 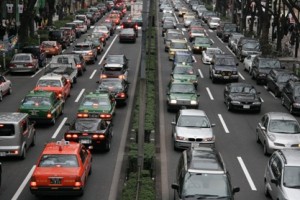 Bee pollen is one the most nutritious food supplements on earth. It is called the “perfect food” because it has virtually all the essential nutrients that sustain life – proteins, carbohydrate, vitamins, amino acids, minerals, enzymes, antioxidants and many others.

Several studies suggest that regular consumption of bee pollen helps to lower the risk of diseases and infections because its antioxidant properties help to increase our bodies’ resistance against diseases.

So, if you want to avoid getting sick all the time, then you should add a pollen supplement to your daily regimen.

Japanese Bee Pollen May Not Be As Pure As We Thought

Bee collected pollen may be very beneficial to the human body, but a lot of the products on the market today contain impurities that are harmful to our bodies, Japanese bee pollen is popular because we are meant to believe that it is free of toxins, but that may not be true.

Japan is seen as an eco-friendly country because unlike their neighboring country China, there aren’t many industries here. However, Japan’s human population is quite large, there are also a lot of automobiles in this country.

Hence, they have large amounts of domestic waste and high level of carbon emission from cars – these contribute to the pollution level.

Secondly Japan is very close to China – the melting point of pollution. The proximity between these two countries makes it possible for the wind to carry pollutants like mercury, lead, insecticides and other heavy metals from China to Japan.

Let’s not forget the recent nuclear meltdown caused by the monstrous earthquake and tsunami. The radiation from the nuclear plants also contributes to the pollution level in Japan, which in turn is a threat to Japanese bee pollen.

It is important to note that pollen is easily contaminated – it attracts impurities from its environment, which is why pollens harvested from places of high pollution levels often contain traces of toxins.

What Is The Alternative To Japanese Bee Pollen?

You do not need to gamble with your life because ingesting a contaminated pollen supplement can lead to toxic poisoning. You can prevent that by choosing pollens sourced from a very clean country like New Zealand.

New Zealand is still regarded as a pristine paradise today because it has small human population and very few industries. Hence, they produce very minimal domestic and industrial waste.

There are also strict laws against the use of chemicals in farming. The air that blows across the country also comes from Antarctica – very clean and fresh.

We use and recommended Natural Energy by Xtend-life because it contains 100% pure NZ bee pollen. The product is manufactured using non-chemicals procedures under very strict hygienic conditions that far exceed US FDA standards.

Now that you know that Japanese bee pollen may not be as pure as you thought, why don’t you check out Xtend-life website for more information on Natural Energy.